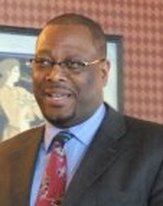 Charles (Phil) Broome - Chair
Charles Phil Broome retired in 2016 from Scotiabank, where he last held the position of Vice President and led the bank's International Compliance and Operational Risks Regulatory Projects International Group. A seasoned banker with over 37 years of service, Phil started his career in the Bridgetown  branch in Barbados as a teller and worked his way up through the organization to Senior Accounting Officer in the Bridgetown  branch before he immigrated to Canada.

Phil is a graduate of the University of the West Indies, where he majored in Management & Economics. He and his wife Elizabeth (Betty) have adult children. He is an avid sports fan with Soccer, Cricket, Baseball and Hockey being his main interests. 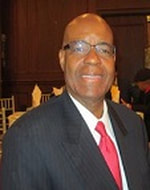 Sylvester Hunte - Vice Chair
​Sylvester was born and raised in St. Andrew, Barbados. He received his secondary education at the Alleyne School in Barbados and after immigrating to Canada, attended University of Toronto where he earned a BSc (Chemistry).

Recently retired, he worked in the pharmaceutical industry for 37 years, spanning three companies. He spent his entire career in the industry in operations where he started at an entry level position and worked his way up through plant management, ending his career as Director of Production. 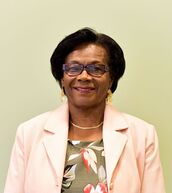 Jessica has received several awards during her years of community service and as recently as January 2021 she received the Anglican Church’s Order of the Diocese of Toronto Medallion, created to honour members of the laity who have given outstanding service over a significant period of time in their volunteer ministry.
She was married to the late Markie Carrington and has two children and six grandchildren. 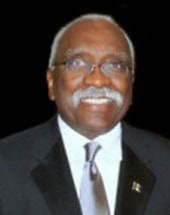 Chair/President of Barbados Canada Foundation from its inception, Mr. Graham was recently returned to the board and elected Treasurer. Mr. Graham was also Vice President of Barbados Ball Canada Aid and Co-Chair of the Annual Barbados Ball. He was also president of the Black Business and Professional Association (BBPA) from 2001 to 2006, was Chair of the Caribana Festival Advisory Board, Co-Chair of P&G Walk for United Way, a member of the United Way African Canadian Community Task Force and a member of the Community Advisory Board of Sun TV.

A founding member of the York Region Saturday School Program, he was a director of the Children’s Wish Foundation, Chair of the Toronto Police Service Black Community Advisory Committee, Chair of the Ad-Hoc Committee of Community/Police Advisory Committees that provided input into 1999 amendment of the Ontario Police Services Act; and a spokesperson of the Coalition of African Canadian Community Organizations. A founding member of DLP Barbados (Canada), he served as the organization's 1st Vice President.

Mr. Graham is the recipient of the following awards: Mayor of Markham Black History Month Award, Eglinton Community Initiative Plaque of Recognition, African Canadian Achievement Award, the Barbados Ball Award for Dedication and Outstanding Achievement, the Barbados Independence Community Award, the DLP Barbados (Canada) Award for Dedication and Outstanding Achievement and the Harry Jerome Lifetime Achievement Award. He is motivated by Dr. Martin Luther King Jr's quotation: "An individual has not started living until he can rise above the narrow confines of his individualistic concerns to the broader concerns of all humanity." 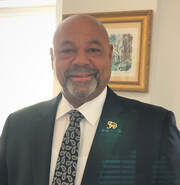 Ferdinand Gill
Ferdinand Gill Joined the Barbados Foreign Service in November 1986 and was immediately transferred to the Barbados High Commission in Port of Spain, Trinidad, where he served as Cultural Attaché. He also held postings in New York and Miami until his retirement from the office of the Consulate General for Barbados at Toronto, Dec 23, 2018

Mr. Gill graduated from the University of the West Indies (UWI), St Augustine campus in 1987,
where he gained his Bachelor of Science (B.Sc.) in Public Sector Management and law. He subsequently undertook post graduate studies in International relations at the New Delhi Foreign Service Institute in India where he graduated with distinction. He also completed studies in Consular Diplomacy with the University of Malta.

Prior to his stints in the Foreign Service, he worked in the below mentioned Government departments, in Barbados: Public Library, School Meals, Data processing and H.M Prison.

During his formative years he also served in The Barbados Regiment attaining the rank of sergeant.
​
​Mr. Gill’s hobbies are Listening to Music and Cycling.

Married to Sherry Hack, Mr. Gill is the father of one son: Kofi and has an adorable grandson - Aiden. They both reside in Barbados. 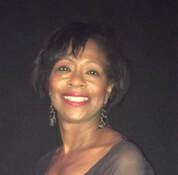 Joan Hinds
Joan has many years of experience as a Legal Assistant having worked at McMillan LLP and Blake Cassels & Graydon LLP.  She now works at Metrolinx as an Executive Assistant supporting senior management in the Legal Services Department. She also manages the department’s reference library and is responsible for the office stationery budget, ordering supplies and reconciling related expenses. In addition, she is a member of the Legal Services’ Employee Advisory Committee and the Social Committee.

​Joan has a passion for “giving back” and for over ten years has been a proud volunteer with the “Look Good Feel Better” monthly workshops held at the Princess Margaret Hospital Lodge. These workshops provide hair, skincare and beauty care for women undergoing cancer treatments. She was a member of the fundraising committee for the Barbados Ball (working with the Silent and Live Auctions) and is also a member of the fundraising committee for Barbados Canada Foundation.​ 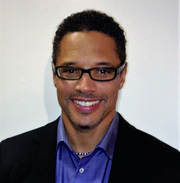 Christopher Graham Reid
Christopher Graham Reid is a senior communications consultant at iQ3 Media & Communications, and Chief Strategy & Solutions Architect at AviKast Inc., where he serves as an experienced innovator in the fusion of equity and vital communications with technology. His consulting entails the ideation and design of tools, campaigns and applications to solve social problems - particularly across issues of race, gender, sexual orientation, age, abilities, access, equity and public health.

One of Christopher's latest tools under development is a mobile-based broadcast application created for critical environments such as schools, shelters, housing communities and harm reduction centres. Designed by Christopher to bridge the gap between the need for vital content and those who have the ability to create such content, the solution will drive collaboration among an ecosystem of artists, mediators, thought leaders and subject matter experts who will offer customized vital content in multiple formats - including audio, video and immersive - via a cloud-based marketplace.

Over the years, Christopher's equity consulting, awareness campaigns and systems design have resonated with an array of public-facing organizations. His expertise has been called upon by such clients as CBC Barbados, Ontario Science Centre, Toronto Public Health, Centre for Addiction & Mental Health, CUPE Ontario, Urban Alliance on Race Relations and the City of Hamilton. 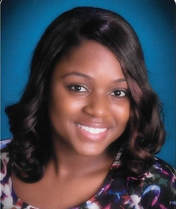 ​Janessa is a Registered Early Childhood Educator and an Ontario Certified teacher and is currently working as an occasional teacher with the York Region District and Halton District School Boards.

​​Janessa has a passion for education and care and has dedicated herself to continuous learning in the field over the last seven years. She believes that all children can achieve individualized goals and need to be supported in safe, inclusive environments that promote well-being, equity, engagement and student success. As she is at the beginning of her career she is hopeful for the future and where her passion for learning will take her.

Penny Walcott
Born in Barbados, Penelope was educated St Michael’s Girls School and Queen’s College. She won a scholarship to study foreign languages at University of West Indies but after one year of studies immigrated to Canada in 1974. Penny earned her nursing diploma at Centennial College and embarked on her nursing career at Toronto East General Hospital in 1978.

She earned a bachelor’s degree in Administrative Studies and her Masters in Health Administration.

In 2018 Penny retired from Michael Garron Hospital, formerly Toronto East General Hospital where she was Director of the Surgery Program since 1996. She was also a part time professor in the Health Information Faculty at George Brown College.

Penny was a founding member of the Barbados Nurses Association of Canada and a recipient of an African Canadian Awards (ACAA) award in the field of Medicine.